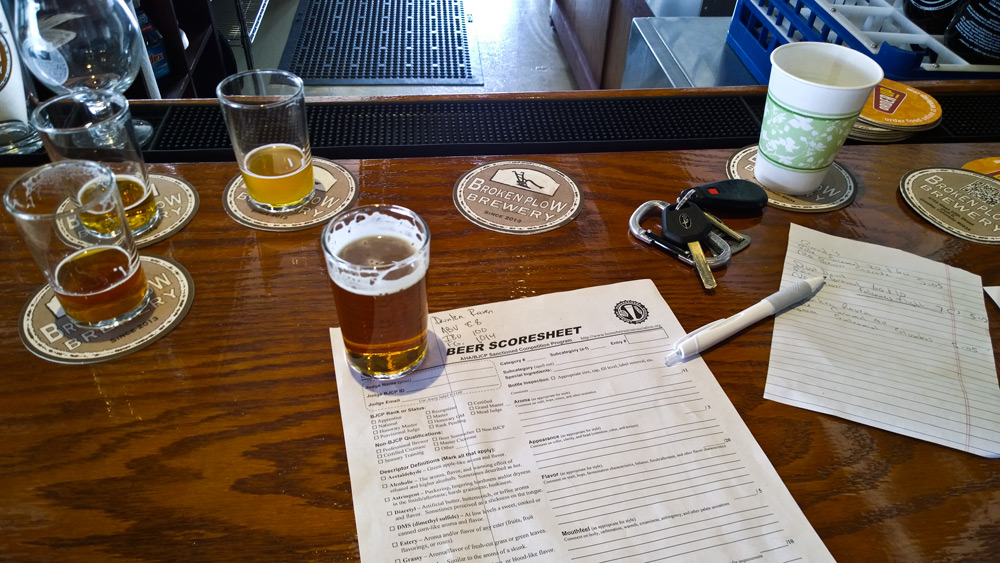 Randy, at Broken Plow Brewery, asked me to write up some descriptions of his beers. This afternoon, I tried all of them and filled out BJCP score sheets. 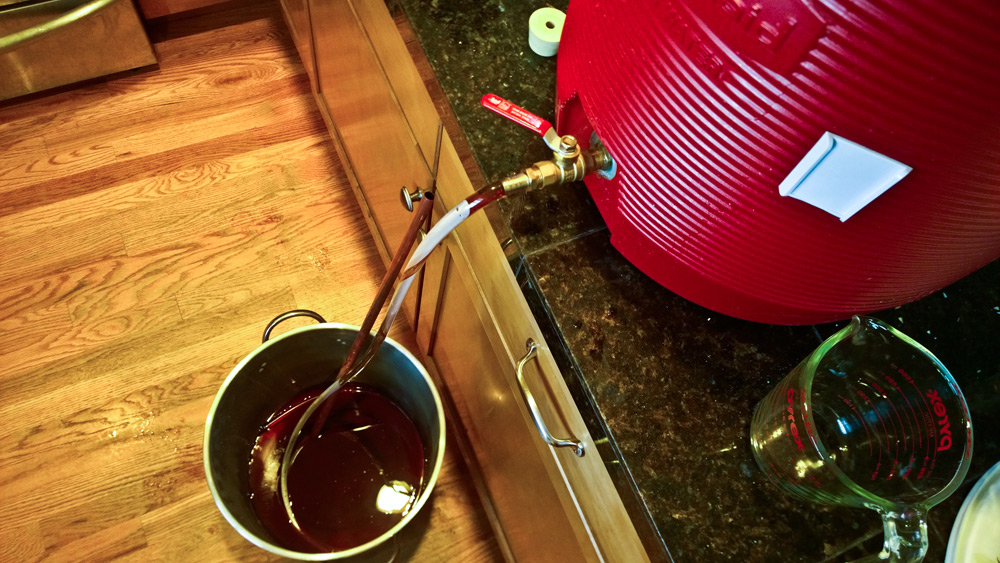 In the evening I brewed a sour lambic that will be put into the Greeley Homebrew Club's barrel. In March 2013 we filled the barrel with a lambic beer and added sour yeast to it. Over the past year about 25 gallons evaporated so a few of us volunteered to brew again.