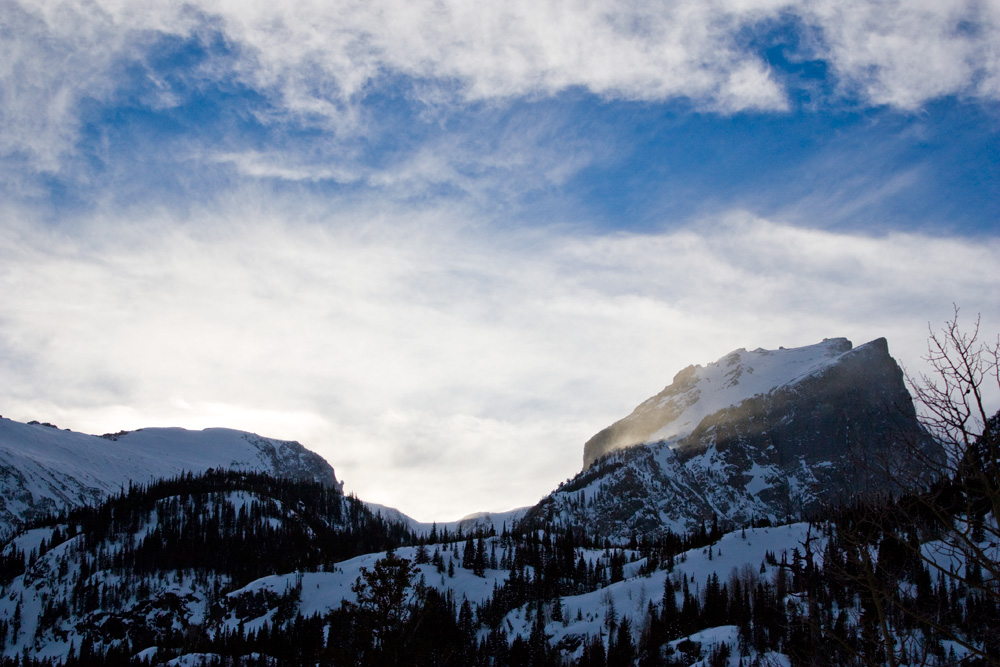 Today Michelle and I went snowshoeing at Bear Lake in Rocky Mountain National Park. On the right is flattop mountain. 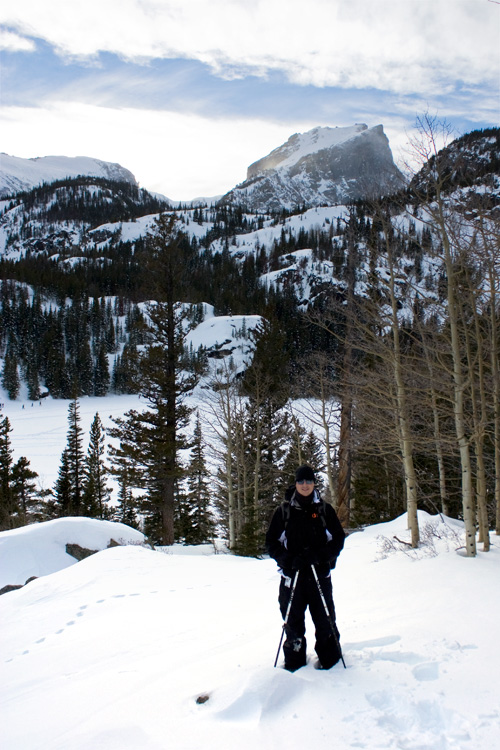 We walked about a half mile and then stopped to take some pictures. We bought 6 inch tails but didn’t use them. As I was walking back after the photo had been taken, my feet sank up to my waist. I should have put on the tails for this part! 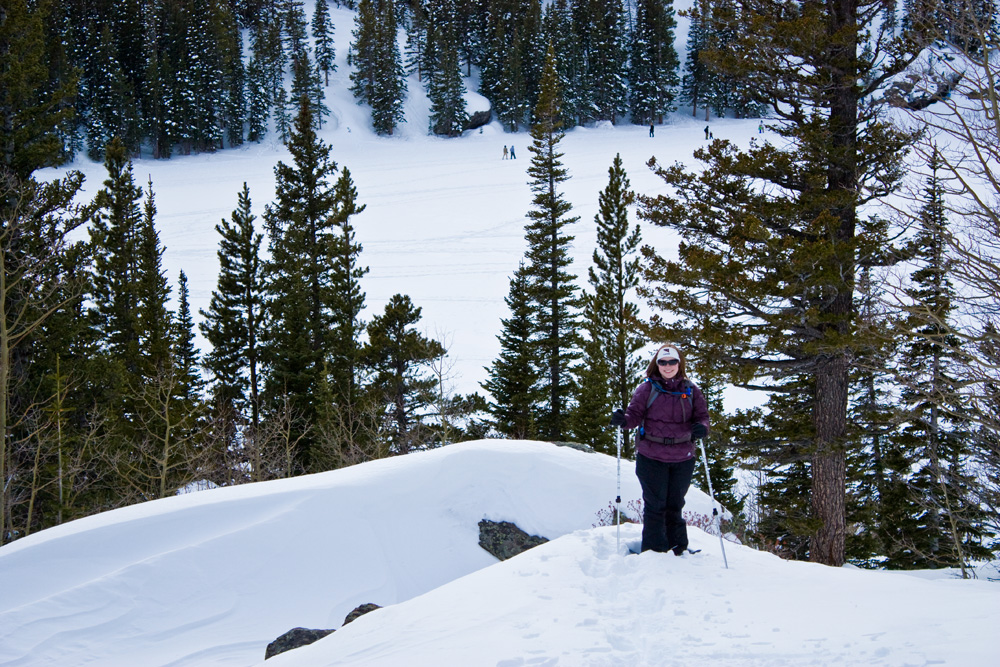 Michelle went a little lower than where I had gone; she took a different path so she wouldn’t fall through. In the background, where the people are walking is Bear Lake. 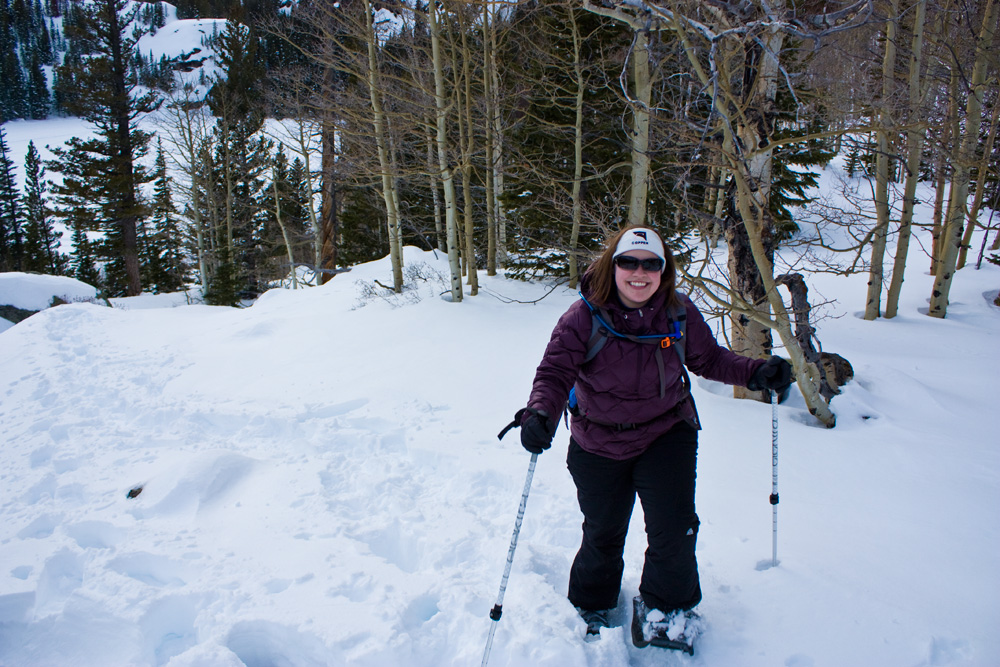 It was easier for Michelle to make it back up. 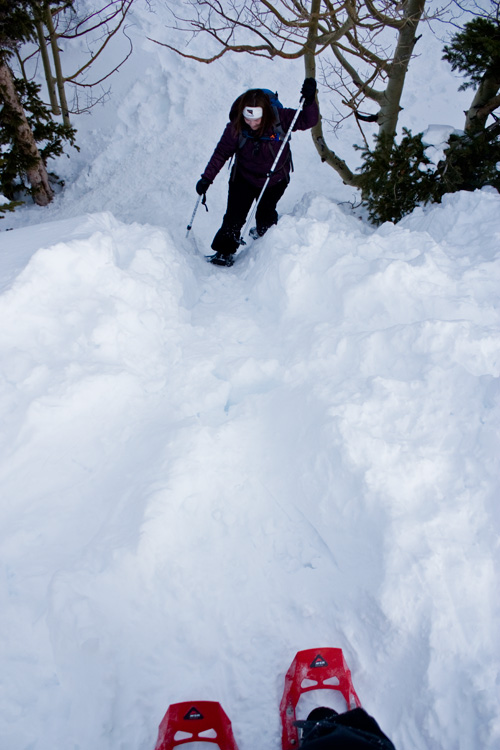 Farther down the trail, we came across a huge rock; we decided to climb up it. Out snowshoes have a feature on them to help us go up steep slopes; it helped, but at towards the top of this small climb we both were on our knees. They sell makeshift shovels at REI that are used for building stairs, and in an emergency, they can be used as a splint. I think we are going to get one, and attach it to the back of our packs. 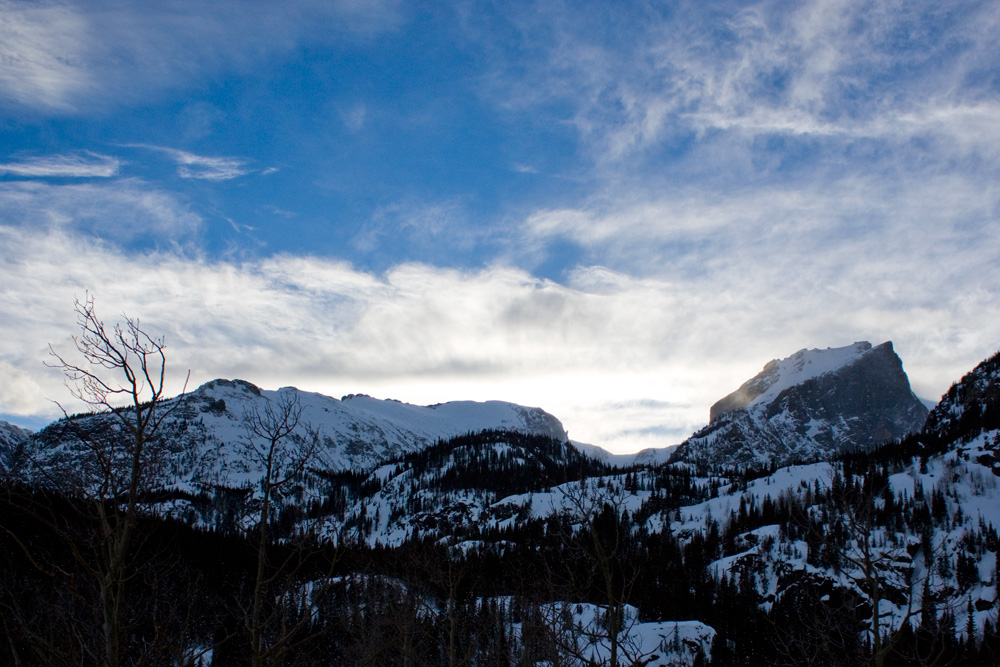 The view from the top of the rock was worth the climb. 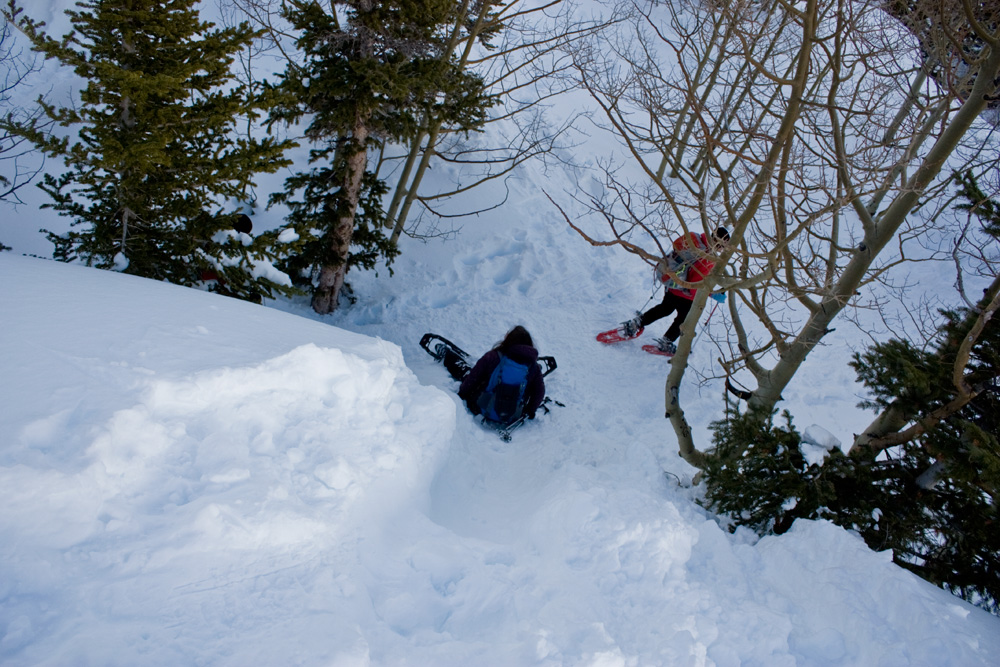 The best way down was to slide! Michelle went first and I followed. 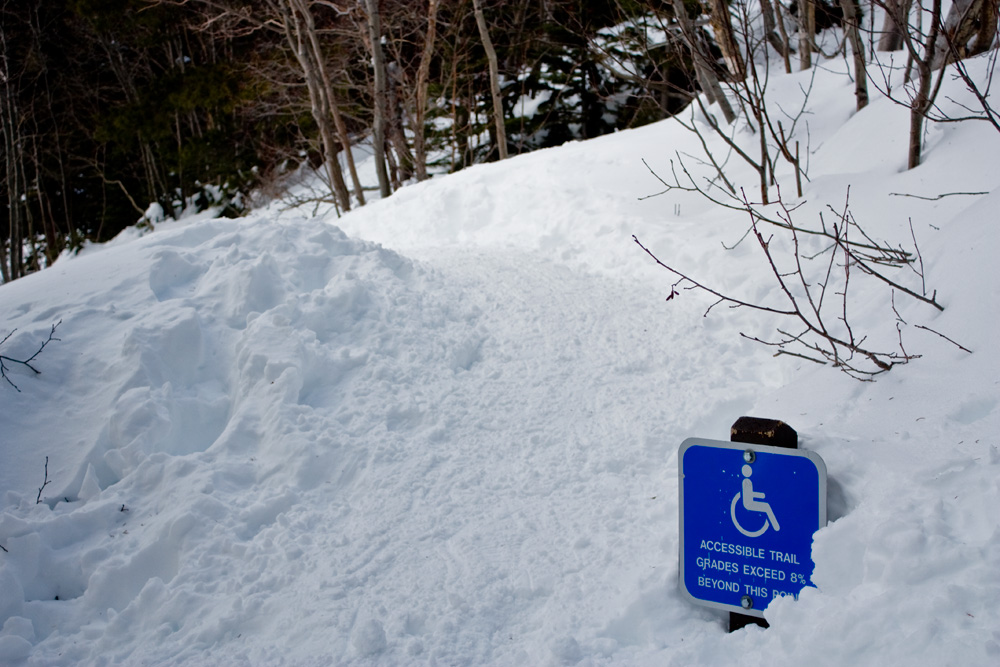 We then took the "Accessible" trail to Bear Lake. 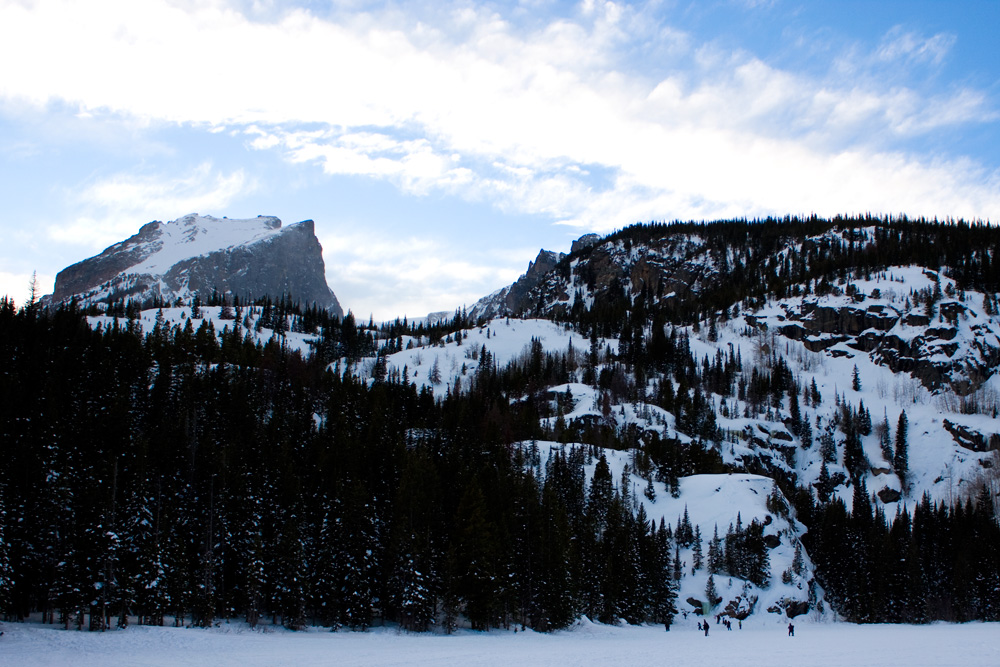 Middle of the Lake

This photo was taken in the middle of Bear Lake.