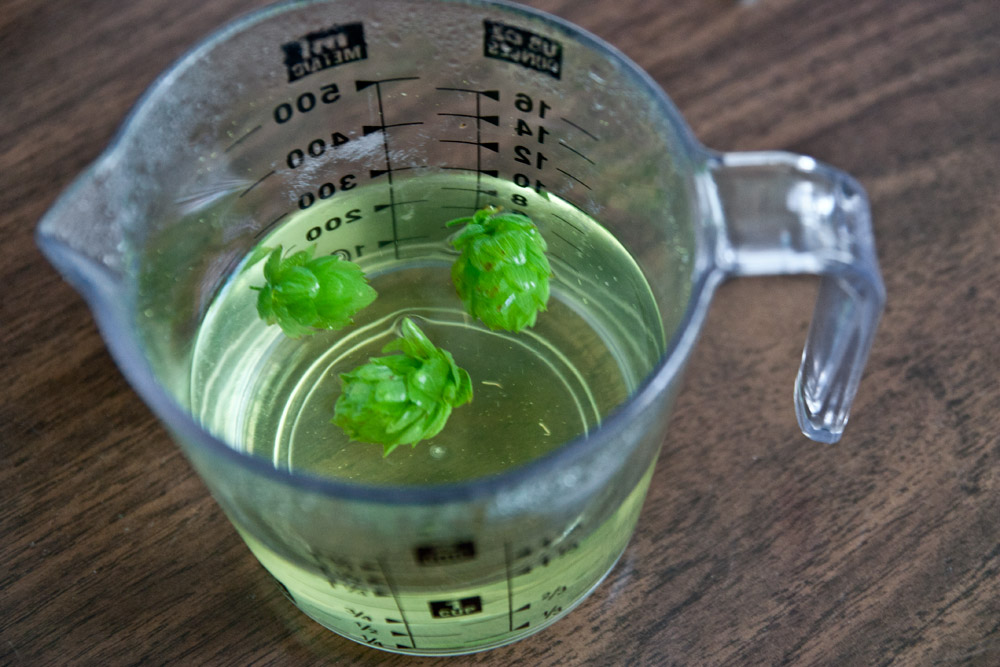 After posting yesterday's photo to Facebook there was a lengthy discussion on making coffee with hops. So today, that is what I did.

The coffee was Starbuck's Christmas blend and the hops were Cascade, picked a few hours prior from my yard. Yes, it is early for hop harvest, but they were ripe.

I took 1.3 cups of hop water from the water cooler and added three cascade hops to it. I then put the water in the microwave for a minute to get it up to boiling. After removing it from the microwave the water had a green tint and a hoppy aroma. 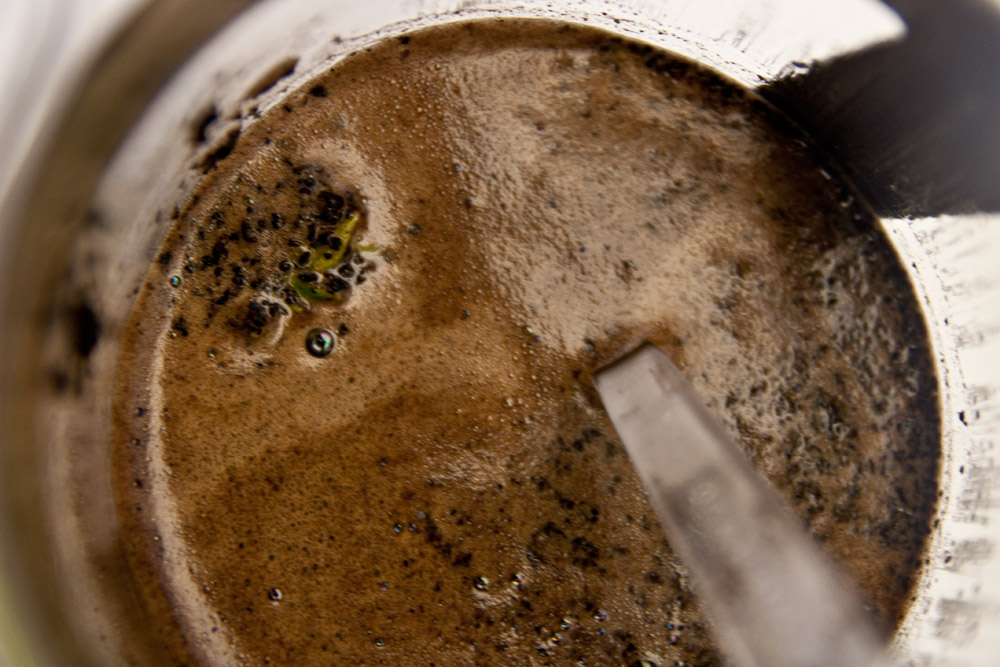 I steeped the coffee and hops for 4 minutes. When I poured the water/hops into the press the coffee completely covered the hops. In the last 30 seconds, I took a spoon, broke the crust and pulled one of the hops up to get a picture. 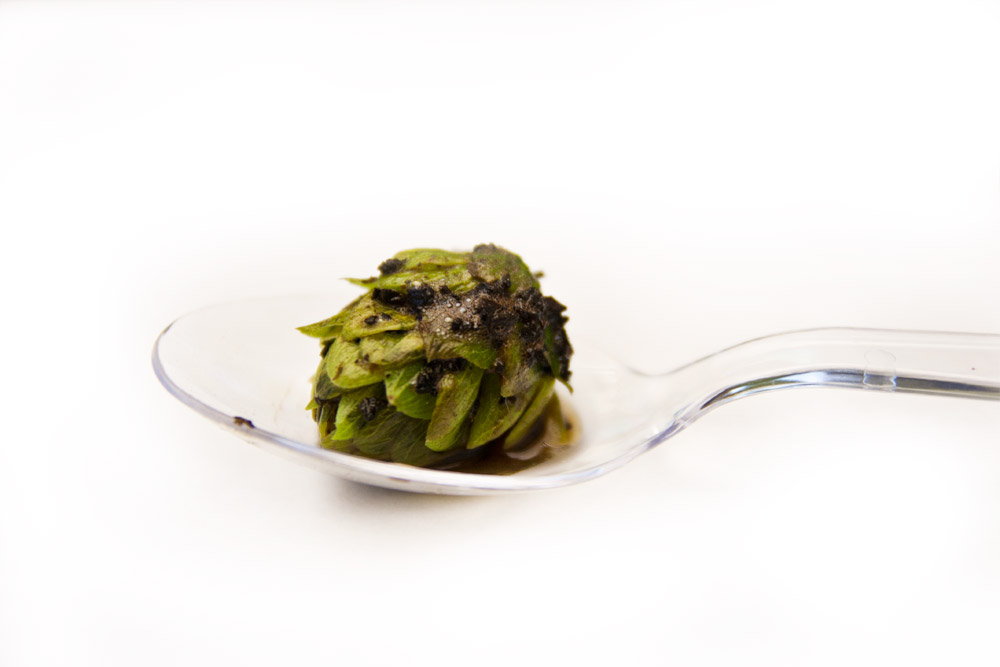 After the steeping process, I pulled out one of the hops. 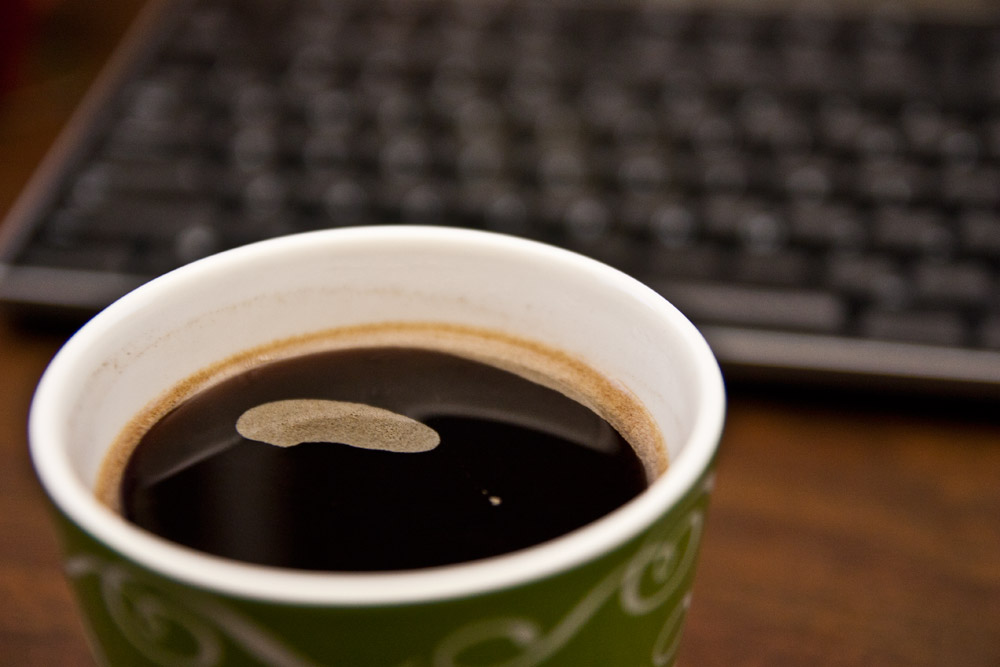 I get bitterness on the tip of the tongue from the cascade hops, followed by the spices from the christmas blend. The linger leaves an astrigent dry bitter taste.

As it cools, there is a nice blend of spices, bitterness and a touch of sweetness from the honey that I added. However, the linger is worse and it leaves me with the feeling like I'm eating raw hops.

Luke warm: taste is of honey and bitterness.

Three cascade hops might have been a bit much for this much coffee; perhaps I will try just steeping the hops with the beans next time (kinda like dry hopping). I also think this would be better with a lighter roast and perhaps a coffee that has more acidity in it. The Christmas Blend was good because it had the spices that paired well, but a lighter roast might balance better.