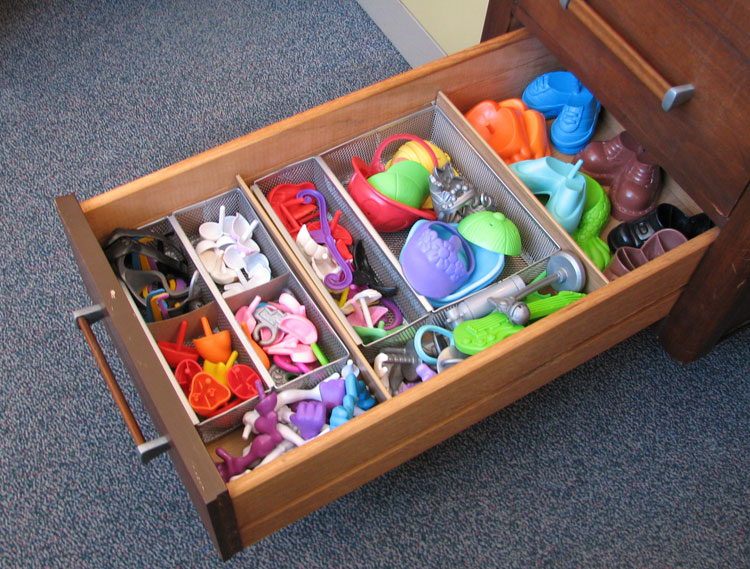 I had a small Mr. Potato Head collection that I kept in my lower left hand drawer at work. I had three potatoes that I maintained and that would change from day to day. On Monday my boss came into my office and gave me a HUGE expansion pack which contained two regular sized potatoes and one small potato. Yesterday I ought bins to organize the parts for easy access.

It used to look like I had a small Mr. Potato Head obsession but now that I have 146 pieces it looks like I have an addiction!

I was thinking for Christmas I might do a nativity scene with the potatoes since I have enough for Joseph, Mary, Jesus (the small potato) and the three wise men. I am told that it wouldn't be sac religious.